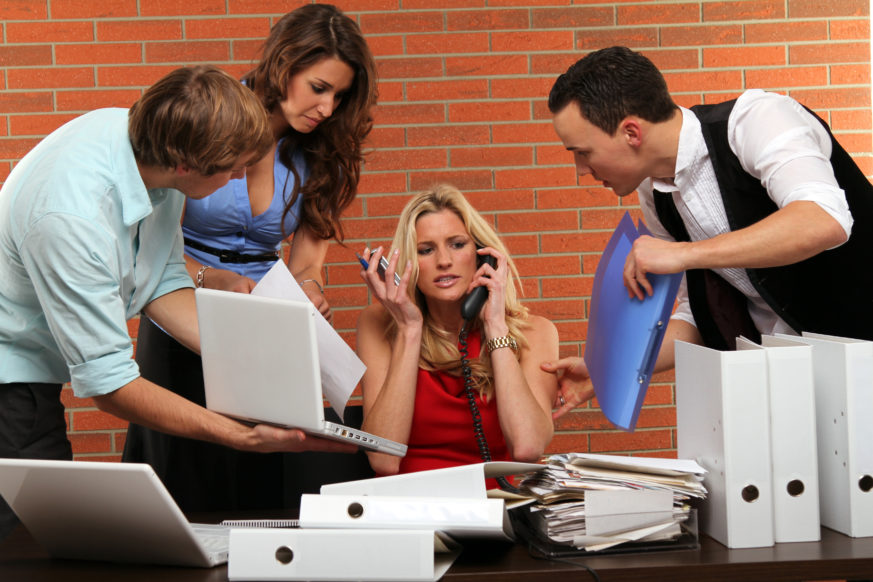 Are Your Priorities Killing Your Productivity?

My fingers were cramping and I was just about out of paper when the flight attendant leaned over and said, “Sir, please fasten your seat belt. We’re about to land.”

I’d just finished revising the strategy for one of my businesses – something I’d been thinking about for weeks, but had knocked out in short order during the five hour flight from Phoenix to New York.

Free of distractions, and with only one thing to work on, I’d accomplished more in far less time than I would have had I been sitting in my home office, connected to the Internet, social media, etc.

I was focused on one thing.

As Gary Keller, founder of Keller-Williams and author of “The ONE Thing” would put it, I was focused on the ONE thing that I could do which would make everything else easier or unnecessary.

In other words, I only had one priority.

When More Than One Thing Is a Priority, None of Them Are

The word priority is singular and came about in the 1400’s. It wasn’t until the 1900’s that we started using the term “priorities” to describe the list of things or tasks that were important to us.

Research has shown that the idea of working on multiple things at the same time and doing them all well is a misconception. In reality, multi-tasking leads to doing a lot of things poorly.

That’s not to say that we can’t have a different priority in different areas of our life, because we have the ability to change our role and responsibility according to the context in which we find ourselves.

Where things get muddled is when we have multiple “priorities” within a single context.

As a business owner or entrepreneur, one of the traps that’s easy to fall into is to make more than one thing a priority within each of the different areas of your business. As the old Russian proverb says, “The man that chases two rabbits catches neither one.”

Wearing a Lot of Hats Makes Focusing On Your Priority Difficult

One of the challenges with startups and growing companies is lack of resources, which causes the founders and key team members to have to wear a lot of hats. That can work initially, especially if you have the discipline to wear one hat at a time.

However, as your business grows, the demands on your time have a tendency to increase. You end up spending more and more time fighting fires and less time focusing on the priority that’s going to move you forward.

As Stephen Covey points out in his book, “The 7 Habits of Highly Effective People”, we end up spending a lot of our time doing the things that seem urgent but which don’t have the biggest long-term impact while we neglect those things which are not urgent but which will yield the biggest return in the long run.

What CAN You Do Right Now That Will Have the Biggest Impact?

In his book, “Getting Things Done”, David Allen says, “If you had access to all the tools, opportunities, time, and energy you needed, what’s the most important or time-sensitive thing you could do right now?”

While that’s a useful perspective to help remove the mental limitations we create for ourselves, you may not have everything you need. Instead, ask yourself, “What can I do now, given the resources I have at my disposal right now, which will make the biggest positive impact in light of my current goals?”

Block Off Your Time

If you want to increase your productivity, try blocking off a significant block of time each day to work on the priority that’s going to give you the most leverage.

Protect that time at all costs and track it.

Set yourself up for success by putting everything in place that you’ll need access to during that block of time.

This is your time to proactively make sure you get the important but not urgent tasks and projects done which will bear the most fruit over the long-term.

But Who Will Put Out The Fires?

When I was working with Intel Corporation, we started a new facility to save the company north of $6 million dollars a year. I worked with another bright engineer to design the facility, bring the right people on board, create the systems, procedures, logistics, quality control measures, tracking, etc.

After we brought everything online, I was getting text messages non-stop from the technicians who had “urgent” questions. Staying focused on the next high-value project was challenging due to the steady stream of fires that needed to be put out. And the text messages didn’t stop at the end of the day – they continued to pour in during the night.

But then, a funny thing happened…

I decided to stop answering the text messages unless they truly were emergencies. We had already put the initial systems and procedures in place that the technicians needed – all they had to do was use them.

The work was done and we surpassed our production and quality control standards.

As fires came up, we created systems and procedures to either prevent them from occurring in the future or to empower the employees to take care of them (this was a pivotal step that freed us up to work on our priority project at the time).

Set Yourself Up For Success

One of the ways to increase your productivity is to put systems and procedures in place to prevent the fires from occurring in the first place.

If you suspect your current way of doing things is preventing you from doing what you need to do to realize the potential of your business, you can reach out to me to discuss the unique situation you’re in and we can discuss potential solutions.